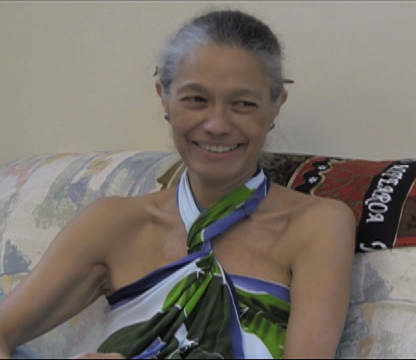 Dr. Haunani-Kay Trask (2012), is one of the most important and influential Hawaiian nationalist leaders of our times. Known for her formidable intellect and razor sharp analysis, especially on US imperialism and its 1893 overthrow of the Hawaiian Kingdom and its continued colonization of the islands, Trask reflects upon her life, politics, and the Hawaiian sovereignty movement.

A retired professor of Hawaiian Studies at the University of Hawaii at Manoa, she is also an accomplished poet. Among her numerous writings including her the path-breaking book of essays, From a Native Daughter: Colonialism and Sovereignty in Hawaii are two books of poetry, Light in the Crevice Never Seen and Night is a Sharkskin Drum.