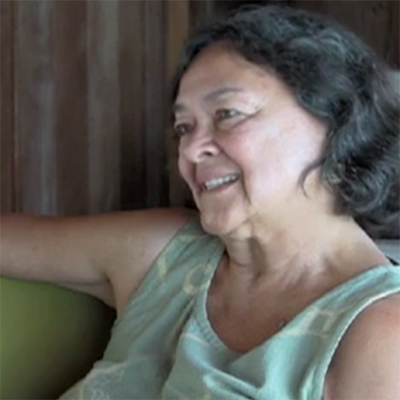 Maivan Clech Lam (2012), is a respected legal scholar with degrees in law as well as anthropology who has long been active with indigenous groups fighting for their peoples’ rights here in Hawai’i, at the United Nations, and at the Organization of American States. She is professor emeritus of the City University of New York Graduate Center where she also held the post of Associate Director of its Ralph Bunche Institute for International Studies.

Lam has taught courses on international law, critical race theory, and U.S. federal law regarding American Indians. She served as academic counselor to the American Law Alliance, which has UN consultative status, and has joined the Owe Aku Project on International Justice, a Lakota Sioux initiative.

Journey to Justice : A Conversation with Maivan Clech Lam (Part 1 of 2)
In Part I, Lam discusses growing up in Vietnam and Thailand, the early Hawaiian sovereignty movement, attending law school, and the United Nations.

Journey to Justice : A Conversation with Maivan Clech Lam (Part 2 of 2)
In Part 2, Lam clarifies the use and function of the United Nations Declaration on the Rights of Indigenous Peoples (UNDRIP), the second decolonization moment, the Akaka Bill, and the meaning and use of “free, prior and informed consent.”

Among Lam’s various writings are the important book, At the Edge of the State: Indigenous Peoples and Self-Determination and article “Kuleana Act Revisted: The Survival of Traditional Hawaiian Commoner Rights in Land.”