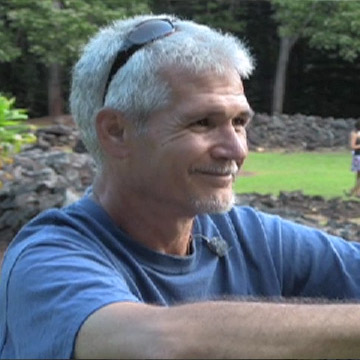 Pono Kealoha (2012), is a media artist and independent journalist. Kealoha is a prolific video reporter on Hawaiian issues—in particular the political, environmental, and social problems caused by the illegal occupation of Hawai‘i by the United States. If you miss a rally, protest, hearing, or hungry to know more on an issue, just search for “ponosize” on youtube and you will find his channel with his reports.

Journey to Justice : A Conversation with Pono Kealoha
Journey to Justice turns the table on Kealoha and interviews him on his life and his views. Kealoha reflects on his upbringing, his children’s school experience that lead to his involvement in the Hawaiian independence movement, and his critique on the New World Order.